NEW YORK - More than 400, 000 demonstrators marched past a heavily fortified Republican convention hall on Sunday, chanting denunciations of the administration and the war in Iraq as delegates flocked to the city to nominate President Bush for four more years in the White House.

Bush and Kerry are locked in a tight race for the White House, although recent polls suggest momentum for the president. A group of Vietnam veterans have been running commercials accusing Kerry of lying about his decorated service in Vietnam, allegations that official Navy documents dispute and Kerry has denounced as a Republican-driven smear. Still, fellow Democrats concede the unsubstantiated claims may be hurting his candidacy.

Polls show the war in Iraq has become increasingly unpopular in recent months, and the throng of protesters filling 20 city blocks on a steamy Manhattan afternoon underscored that. "No More Bush," and "No More Years," were two of the more popular chants. "Bush Lies, Who Dies?," read some of the signs.

Several protesters carried flag-draped, coffin-shaped boxes through the streets, meant to draw attention to the U.S. death toll in Iraq.

Police gave no official crowd estimate of the day's protest. One official put the size at 120,000, although it took nearly five hours for the procession to pass Madison Square Garden. Delegates meet there beginning Monday to nominate Bush and Cheney for second terms.

Organizers claimed they had turned out roughly 400,000 protesters.

In all, about 100 arrests were reported, with no major outbursts of violence. At mid-afternoon, a small fire erupted along the protest route a half block from the Garden. Police quickly doused the flames, then handcuffed two people and led them away.

Thousands of police, some dressed in riot gear, others bearing automatic weapons, watched as the protesters passed. Extensive as it was, the force represented only a portion of an unprecedented security deployment designed to protect the city, N 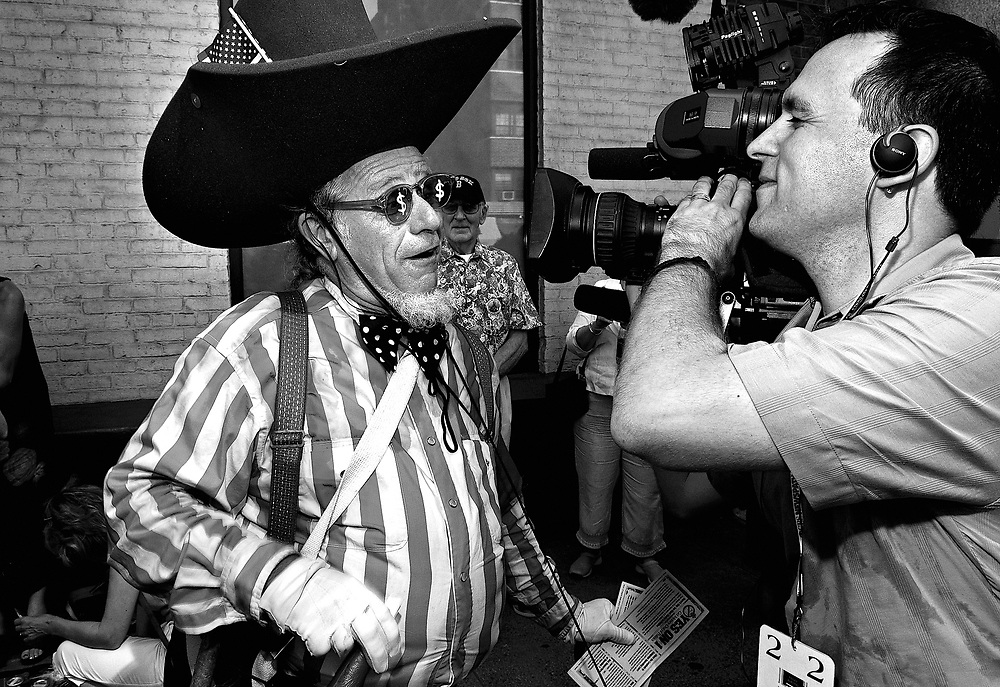