Protesters were expected to gather later in the day at the World Trade Center site, where anti-Bush demonstrators planned to ring 2,749 bells -- one for each victim of the Sept. 11 attacks there.

The Brooklyn Bridge march, organized by the abortion rights group Planned Parenthood, attracted thousands of people on a hot, humid day. crossed the bridge in a line 10 people wide and about a half-mile long.

"I'm affected personally, in terms of birth control. I demand and cherish that right," said Sara Breman, a 22-year-old student from Austin, Texas.

"Under Bush, that right is being threatened through sex education that teaches only abstinence," said the colleges student before rolling her bicycle onto the bridge.

The march ended with a rally at City Hall Park in lower Manhattan.

"We are marching for freedom, and choice is a necessary pre-condition for freedom," actress Kathleen Turner told the rally. "Our country has a very uncomfortable relationship with sex. Do they expect us to accept their shame?"

Police on foot and in cars were monitoring the protests, but there were no early reports of arrests.

On Friday night, 264 people were arrested for disorderly conduct in a protest bicycle ride that snaked through the city and passed by Madison Square Garden, where the convention is to begin Monday.

The bike ride represented the first major clash between police and demonstrators converging on the city for the convention.

In Central Park on Saturday, an exhibit called Eyes Wide Shut displayed 972 pairs of soldiers' boots around the Cherry Hill fountain, each bearin 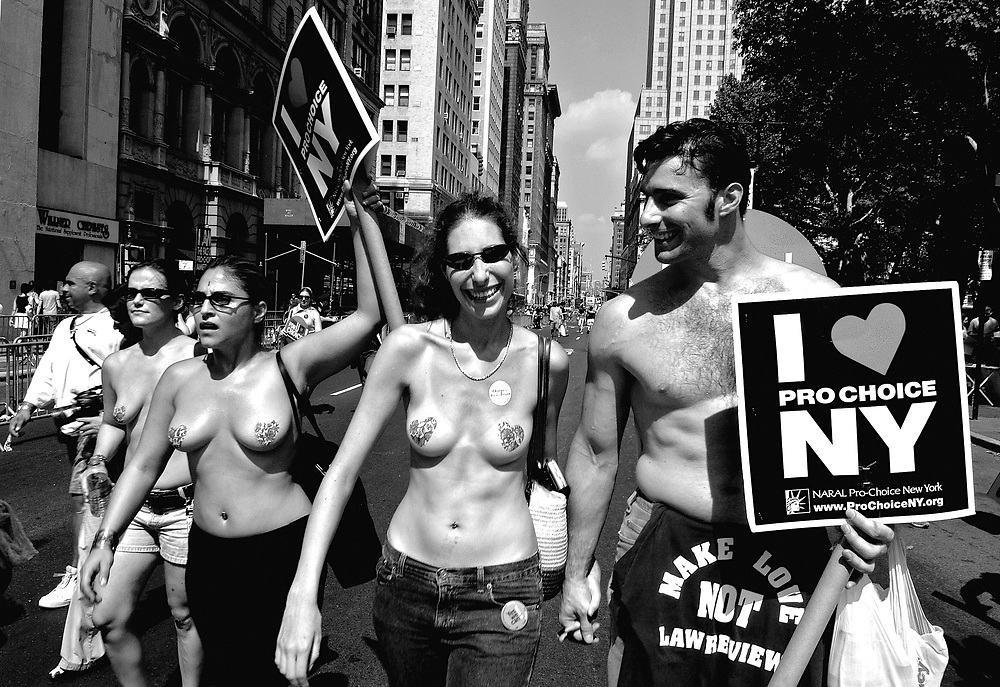