Tuesday night, before a roaring audience of delegates, Bush was lauded by his wife, Laura, and California Gov. Arnold Schwarzenegger (news - web sites) as a man of strength and compassion. Bush "doesn't flinch, doesn't waver, does not back down," the Austrian-born former actor said. Added Mrs. Bush: "You can count on him, especially in a crisis."

The second day of the convention brought out thousands of protesters who set out on a march to the convention site, getting in the way of a busload of delegates and engaging in shouting matches with officers around Manhattan. Nearly 1,000 protesters were arrested, and on at least two occasions, police snared unruly protesters with orange plastic netting. Pennsylvania delegates put Bush over the top on Tuesday in roll call whose outcome was never in doubt. The timing was deliberate to give the honor to Pennsylvania, the battleground state that Bush has visited the most.

Bush, in turn, had been introduced by Jenna and Barbara Bush, the first couple's 22-year-old twin daughters, who proved to be the surprise stars of the evening.

"Jenna and I are really not very political, but we love our dad too much to stand back and watch from the sidelines," Barbara Bush said. The twins, who were kept mostly out of sight during the 2000 presidential race, are stumping with their father and holding solo events, such as a planned address Wednesday to young Republicans.

Schwarzenegger, who grew up with Soviet tanks rumbling through his native Austria, called "terrorism more insidious than communism" and said Bush "knows you don't reason with terrorists. You defeat them." 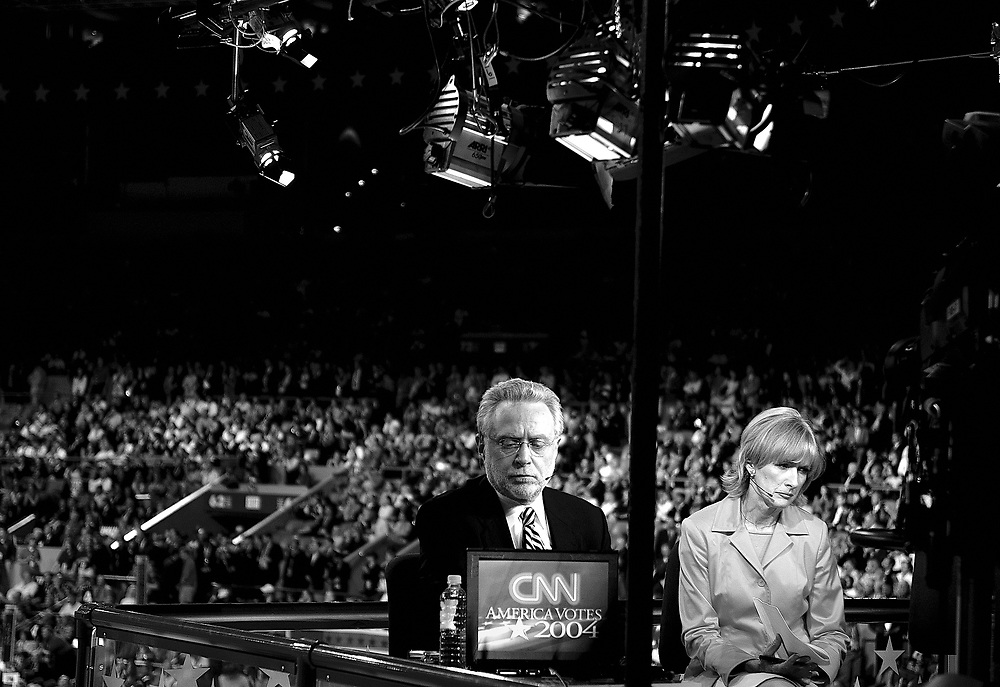