MOOSIC, Pa. - President Bush (news - web sites) began his post-convention campaign swing through three states he lost in 2000, telling a rally that he's the choice to build America's economy and keep the country safe from terrorists.

"If America shows uncertainty and weakness in this decade the world will drift toward tragedy," he said. "This will not happen on my watch."

Bush departed New York immediately after his Madison Square Garden speech and traveled to the battleground state of Pennsylvania, where he told an enthusiastic audience that "we're coming down the stretch in this race."

Bush's supporters chanted "flip flop, flip flop," when Santorum suggested that Kerry changes his stance on issues. They booed when Santorum, appealing to conservative Republican voters, noted that Kerry had voted against a procedure abortion foes have labeled "partial-birth abortion."

Balloons were still drifting down from the rafters of Madison Square Garden as the convention closed late Thursday when Bush hurried back to the campaign trail to pedal the main message of his speech: that he has the steadiest hand to guide the nation in perilous times.

Accepting his party's nomination for a second term at the GOP convention in New York, Bush told roaring delegates and a national TV audience, "I believe this nation wants steady, consistent, principled leadership and that is why, with your help, we will win this election."

Speaking from a circular stage emblazoned with the presidential seal, Bush asked voters to reject Kerry's "policies of the past."

"We are on the path to the future — and we are not turning back," Bush said, unveiling modest new proposals, including steps to tighten high-school testing, encourage investment in poor communities, reduce deficits and expand health care. 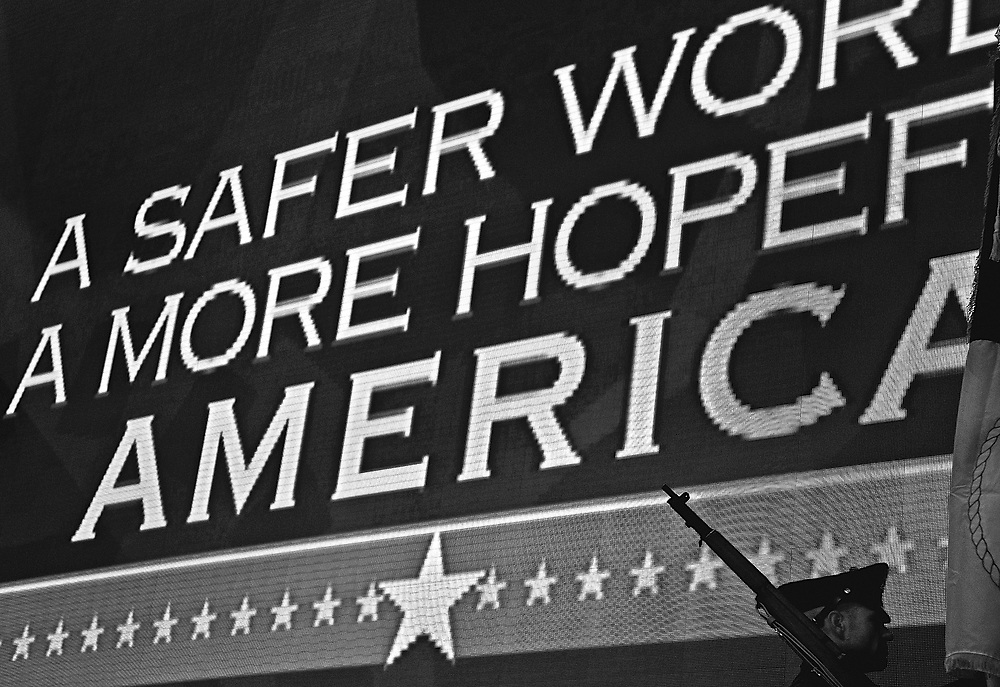